With reports of iOS 7 set to debut with a new ‘flatter’ design, many can only imagine what to expect. The following iOS 7 concept by Christian Lue and Ran Avni showcase a flat design with new system features such as panoramic wallpapers, quick reply to messages, a new version of Siri, various additions to the system settings and more. Check it out below:

Apefelpage.de relays some iOS 7 concepts submitted by their reader Kennet Völlmecke, showcasing his vision of a flatter iOS 7–check them out below: 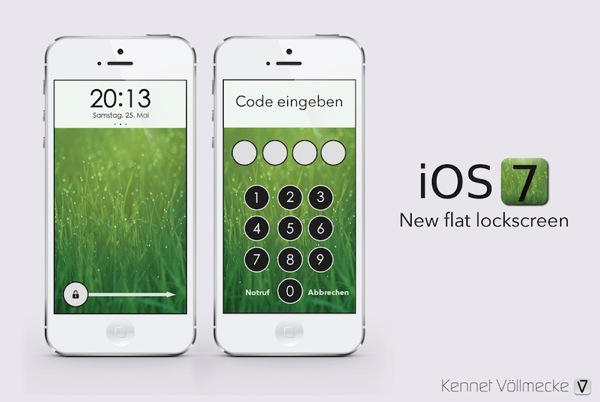 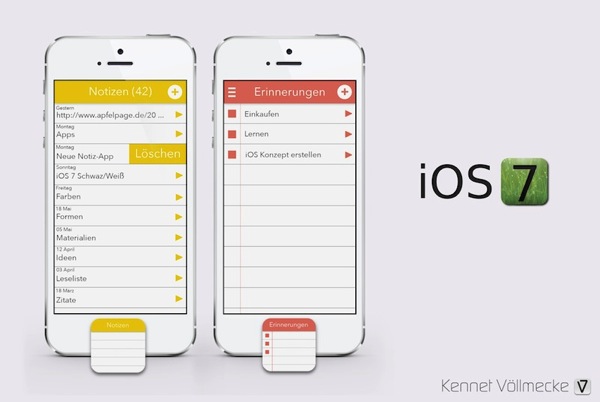 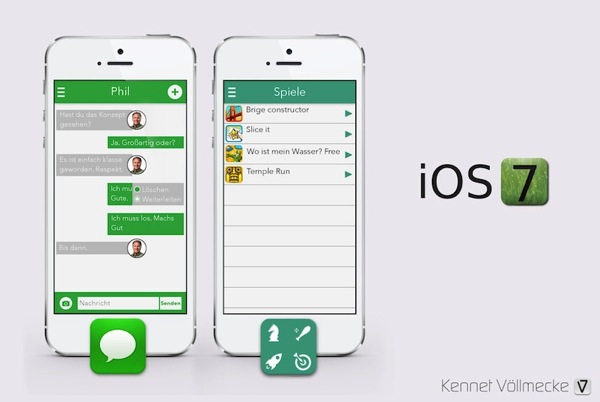 Thoughts on these concepts?