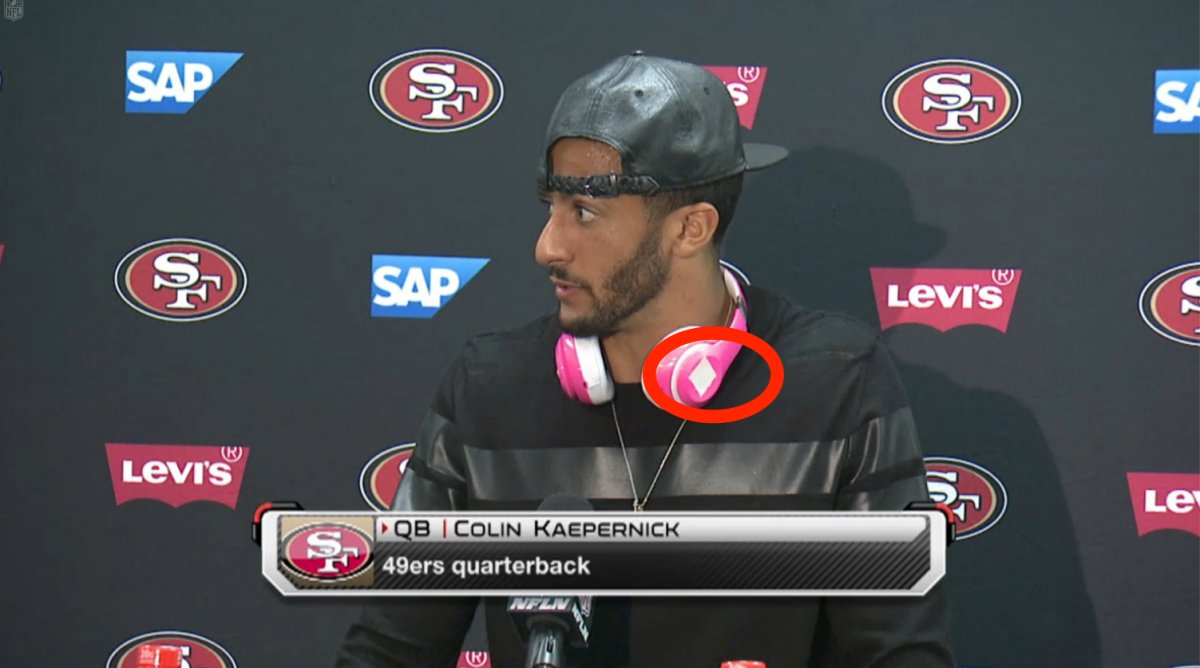 With the NFL coming down hard on players wearing headphones other than those from league sponsor Bose, the co-founder of Apple-owned Beats, Jimmy Iovine, couldn’t be happier.

Speaking at the University of Southern California’s Global Conversation, Iovine addressed the controversy and said he was happy with all the free press the company is getting over the situation, according to Business Insider:

“We didn’t do anything, and now the players are going out and putting black tape on our logo,”

“It’s like, I can’t believe I’m this lucky,” he said, laughing. “I feel like sending them the tape.”

The tape reference is to San Francisco 49ers quarterback Colin Kaepernick, who was fined $10,000 by the league for wearing Beats headphones at a press conference; the next time around, he appeared with the same headphones but taped over the Beats logo.

Iovine said the free publicity windfall for Beats was due to companies like Sony and Bose being “culturally inept” and not understanding pop culture:

More details of Iovine’s talk can be seen here over at Billboard.

According to Bloomberg, calculations by sponsorship analytics firm Front Row Analytics pegged the free publicity for Beats to be worth at least $2.14 million.

The non-Bose headphone ban by the NFL has resulted in a media firestorm that has not only benefitted Beats, but also Bose and the league. There’s no such thing as bad press.