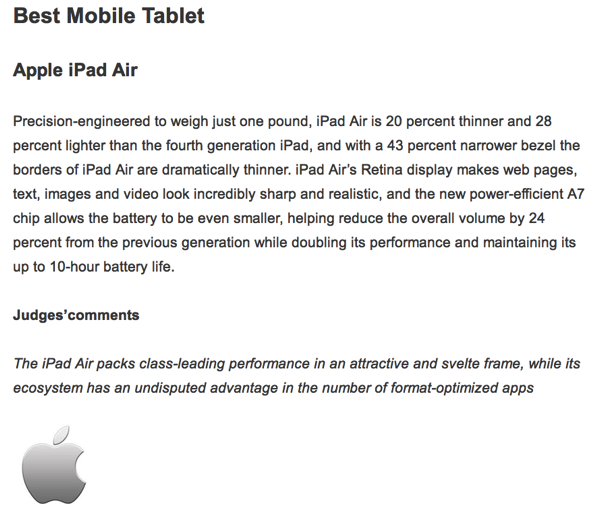 Despite Apple’s absence, the company’s iPad Air has won an award in the ‘Best Mobile Tablet’ in Category 5, which covers ‘best mobile handsets & devices’. The judges (which included some Canadians from TELUS and Ryerson University) had this to say:

The iPad Air packs class-leading performance in an attractive and svelte frame, while its ecosystem has an undisputed advantage in the number of format-optimized apps

The best smartphone? That went to the HTC One, while LG took home the ‘Most Innovative Device Manufacture of the Year’ award.

The Roku Channel has shared its list of free movies and TV shows hitting the ad-powered streaming service in Canada for October 2022. Check out the full list below Movies The Death and Life of John F Donovan The Intruders Mama Rhymes for Young Ghouls Wolves The Woman In Black Alaskan Nets The Delinquent Season […]
Gary Ng
46 mins ago