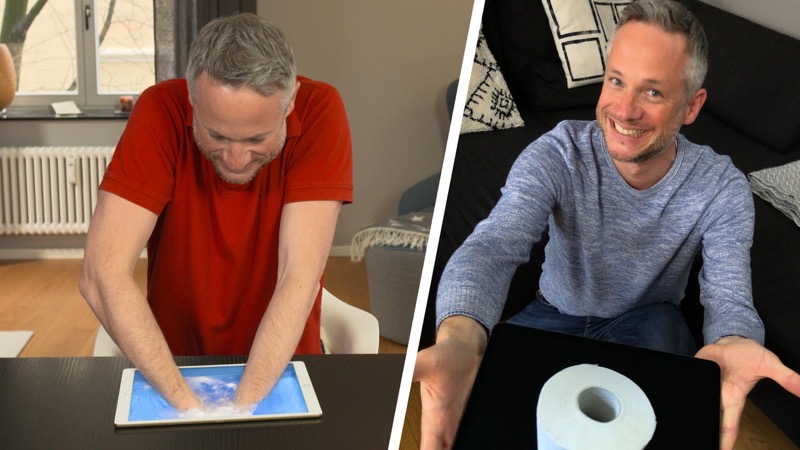 Germany’s ‘iPad Magician’, Simon Pierro, has released a fun video showing off some COVID-19 related magic you can enjoy while in quarantine. The one you all really want is probably the iPad app giving you unlimited rolls of toilet people (because during the coronavirus pandemic, the most important thing is rolls of TP).

He tells iPhone in Canada the video should allow for “some cheering up for the weekend.” Simon, send over that toilet paper app ASAP, dude!