In an exclusive interview with Condé Nast-owned technology website ArsTechnica, Apple’s Senior VP of Marketing Phil Schiller and Anand Shimpi, who retired to work for Apple back in 2014 after 17 years of running his site Anandtech, have detailed how Apple architected the iPad Pro’s A12X Bionic chip. 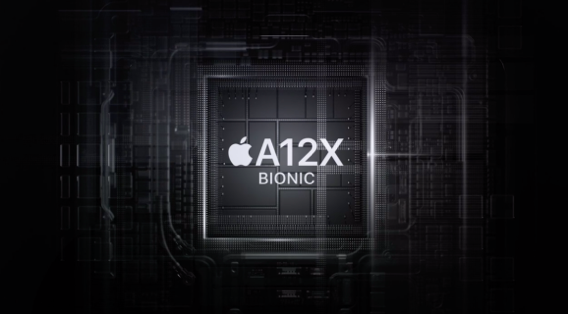 Apple’s A12X system-on-a-chip or SoC features a CPU, a GPU, the Neural Engine, an integrated memory controller, an image signal processor, the Secure Enclave, and a bunch of other components like a storage controller, an HEVC decoder and encoder, and more.

Apple claims that the CPU on the A12X Bionic, which has a total of eight cores with four focused on performance and four focused on efficiency, is 35% faster than the A10X.

“We’ve got our own custom-designed performance controller that lets you use all eight at the same time,” Shimpi told Ars. “And so when you’re running these heavily-threaded workloads, things that you might find in pro workflows and pro applications, that’s where you see the up to 90 percent improvement over A10X.”

According to Apple, the A12X Bionic matches the GPU power of the Xbox One S game console with no fan and at a fraction of the size. Here’s what Shimpi said about the 7-core GPU.

“It’s our first 7-core implementation of our own custom-designed GPU,” he said. “Each one of these cores is both faster and more efficient than what we had in the A10X and the result is, that’s how you get to the 2x improved graphics performance. It’s unheard of in this form factor, this is really an Xbox One S class GPU. And again, it’s in a completely fanless design.”

To read the lengthy interview in its entirety with all the technical details and tons of simulation benchmarks, head over the source page.