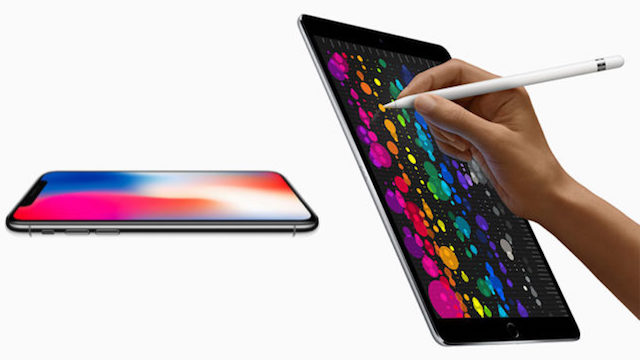 The Society for Information Display (SID) has today announced the winners of its 23rd annual Display Industry Awards, with Apple’s newest iPad Pro and iPhone X both winning Displays of the Year awards. The winners will be recognized during the awards luncheon on May 23rd at the Los Angeles Convention Center.

For a product to be considered for the 2018 Display Industry Award, it had to be available for purchase during the 2017 calendar year. The seven winners, divided into three categories, were chosen by a distinguished panel of experts who evaluated the nominees for their degree of technical innovation and commercial significance.

The iPhone X won the award for its edge-to-edge Super Retina display with no physical buttons, its support for HDR and True Tone.

“The 5.8-in. Super Retina display features resolution of 458 ppi and is the first OLED panel to match the standard set by prior iPhone generations, delivering striking colors, true blacks, a million-to-one contrast ratio and superior, system-wide color management. The HDR display supports Dolby Vision and HDR10, which together serve to further heighten the image quality of photo and video content. In addition, True Tone dynamically adjusts the white balance of the display to match surrounding light for a more natural, paper-like viewing experience.”

For more details, visit this link.