Listening to @gruber and decided to work up what a trackpad could look like for #iPadPro2 at #WWDC17 pic.twitter.com/TbWD6GgFNE

Designer David Chapman has come up with a new iPad Pro keyboard concept, which also features a trackpad with tactile feedback (via iGeneration). At a glance, it looks like a MacBook. However, the main difference in functionality between an iPad Pro with a trackpad-based keyboard and a Mac would be the software, and not the hardware.

This trackpad would be multitouch and it would also be used to move from one app to another with the same gestures as on the screen of the tablet. And naturally, it would allow to scroll a web page, a list or any interface that was scrolled from the fingertips until then.

Apple could draw ideas into tvOS which already offers a controlled interface to the trackpad. You could switch between the apps on the home screen by illuminating the icons, as on the Apple TV, and open it with a tap. 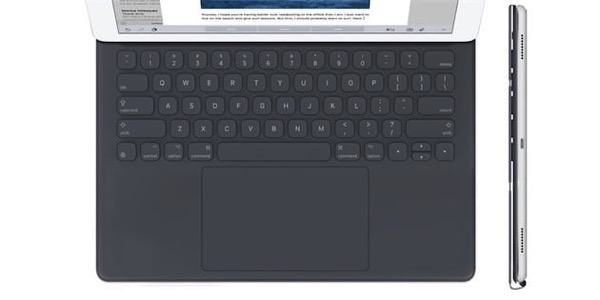 Do you like the idea of an iPad Pro keyboard with an integrated trackpad?