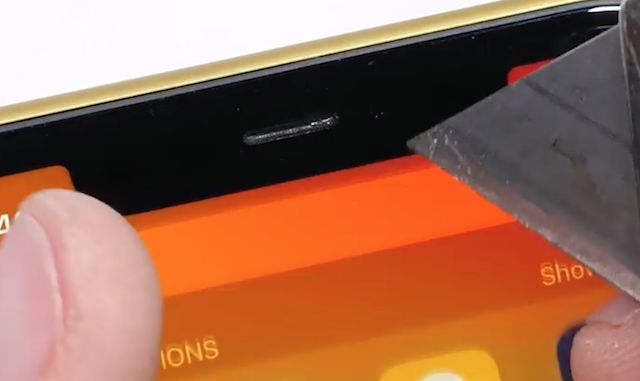 As opposed to the flagship iPhone 11 Pro / Pro Max models, the cheaper iPhone 11 is constructed from aluminum instead of stainless steel. During the test, the device held up quite nicely when put through several scratch tests performed on the display, the aluminum sides, the speaker, as well as on the front and rear cameras.

The display on the iPhone 11 also held up well against fire as well as the classic bend test. “It’s extremely solid,” notes Jerry as he concludes the test.

Checkout the full video below and let us know what you think.