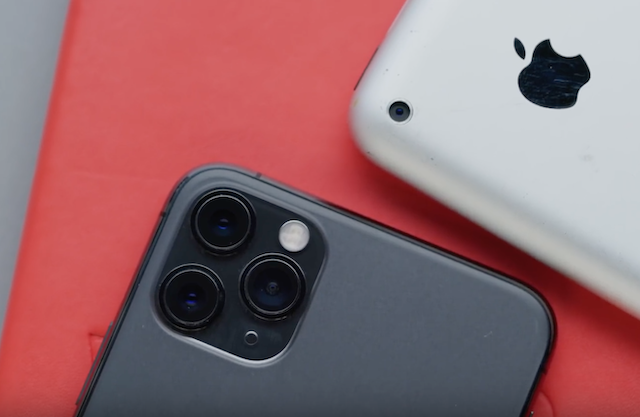 As Brownlee puts it:

“This video isn’t merely for fun, but it’s also for people who make a habit of complaining that this year’s iPhones are just last year’s phones plus a few small bumps.”

These so-called “small improvements” year-over-year add up to a much larger difference, especially if you decide to upgrade your device after 3 or 4 years.

While the iPhone 11 Pro may not be a revolutionary device today, the original iPhone definitely was one when it came out 12 years ago.