As outlined by Apple in a new support document, the company’s latest iPhone 11, iPhone 11 Pro, and iPhone 11 Pro Max smartphones will show a warning message in case a technician uses non-genuine Apple display while performing a repair on a broken device (via MacRumors). 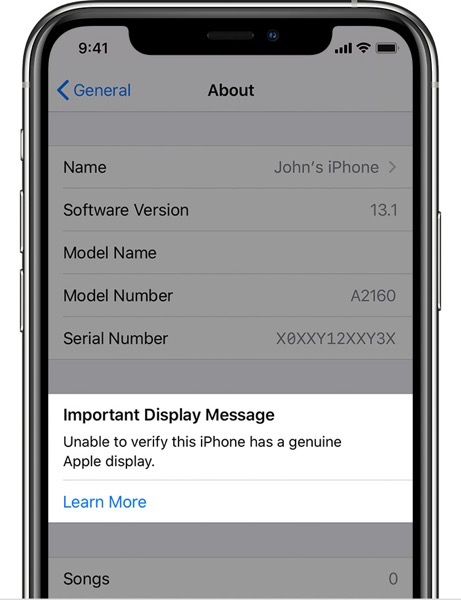 Apple notes that if you access General > About section of the Settings app, a message saying “Unable to verify this iPhone has a genuine Apple display” will show up when an unverified display component has been used to repair the device.

The feature seems to have been enabled with iOS 13.1 as it has also been detailed in the update’s release notes.

Here’s what Apple says in the support document:

These notifications don’t affect your ability to use your iPhone or your display.

Apple also warns that “only technicians who have completed Apple service training and who use Apple genuine parts and tools should replace iPhone displays,” adding that this includes Apple itself, Apple Authorized Service Providers, and Independent Repair Providers using genuine Apple parts.

Apple’s Stage Manager multitasking feature in iPadOS 16 is only for tablets with the company’s M1 chip, but that is now changing. According to Engadget, Apple told the publication Stage Manager is now expanding to older iPad Pro 3rd gen and 4th gen models when iPadOS 16 is released later this year. M1 iPad Pro […]
Gary Ng
29 mins ago