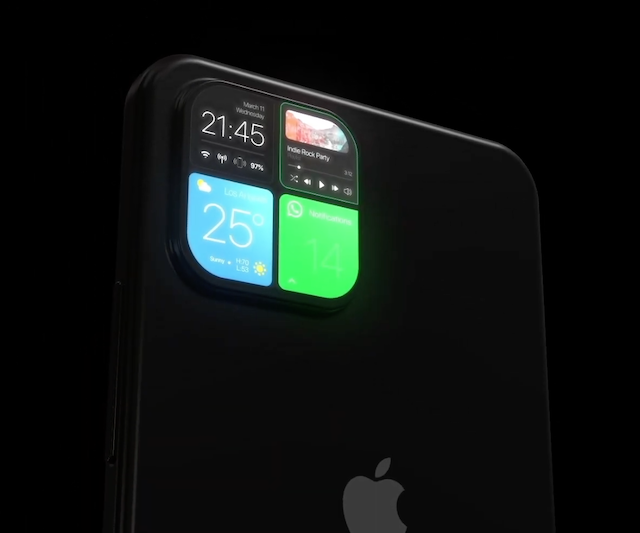 The folks over at ConceptsiPhone have just published a new video on their YouTube channel, that shows off an all-new iPhone 12 design, featuring a transparent rear camera with an innovative screen.

As you can see in the video below, the screen looks like a less convenient Apple Watch. The idea may, however, prove to be useful on a clamshell-design iPhone.

Take a look at the concept video and let us know what you think in the comments section.