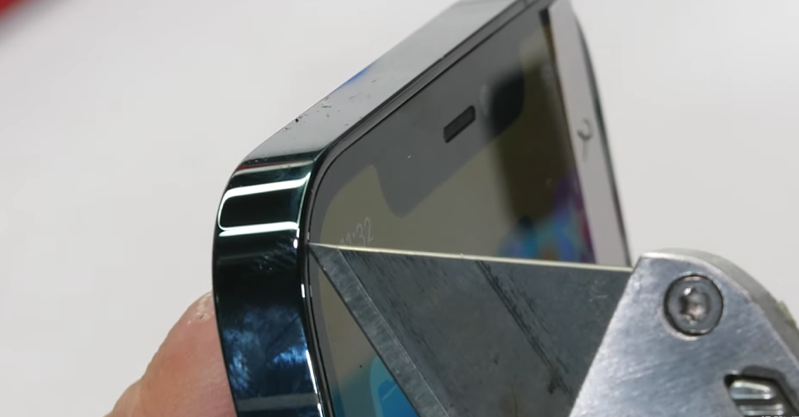 YouTube channel JerryRigEverything is back with a torture test featuring Apple’s latest iPhone 12 Pro, putting the new Ceramic Shield through its paces when it comes to scratches and more.

The scratch test saw Ceramic Shield undergo scratches based on the Mohs scale of hardness. iPhone 12 Pro saw scratches starting at level 6 and deeper scratches at level 7. On the Mohs scale, level 10 is diamond, while level 6 is orthoclase and level 7 is quartz.

When it came to scratching the stainless steel frame, it was hard to scratch and deemed more resilient, but not so much the paint, as expected.

The cameras covered in sapphire lenses saw scratches at 6 and 7 on the Mohs scale again.

As for the display, Ceramic Shield resisted 30 seconds of a lighter and did not damage any pixels on the display, resulting in zero damage.

As for a bend test, JerryRigEverything was unable to bend iPhone 12 Pro, calling it a “non-flexing tank of a cell phone.”

Ceramic Shield is marketed as having 4x better drop resistance, and it showed in previous drop tests.