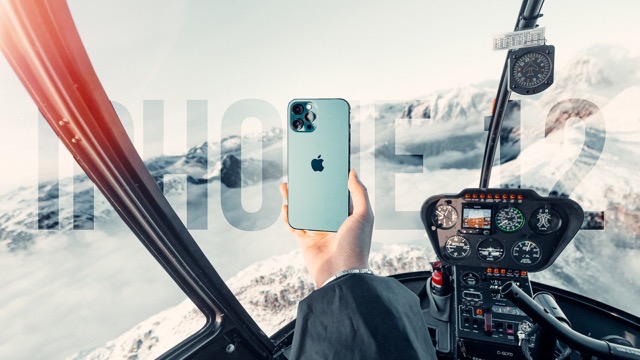 Canadian YouTuber Justin Tse has just uploaded an epic new video on his channel, in which he takes the Apple iPhone 12 Pro Max 7,000 feet up on a helicopter to test its camera’s photo and video stabilization performance.

The video, shot somewhere above Campbell River on Vancouver Island in B.C., compares footage shot on an iPhone 12 Pro Max with the one shot on a professional $22,000 Red RED Dragon-X 6K camera. Victoria-based Tse told iPhone in Canada he rented the helicopter for 1.5 hours at a cost of $1,300 CAD.

Check out the amazing video below and share your thoughts with us in the comments section.

These YouTube product reviews keep getting better and better. The bar literally keeps going higher when it comes to production quality and testing. Next time, wear your Blundstones, Justin! 😛

Tonight, The Game Awards 2022 is being held in Los Angeles at the Microsoft Theatre. Thankfully, for those of us at home around the globe, host Geoff Keighley will be live streaming the event across many platforms. Each year, The Game Awards celebrates the last 12 months of gaming. Showing recognition to the hard-working developers...
Steve Vegvari
27 mins ago

The annual Reddit Recap is here and for 2022 and the most popular posts, communities and more on the site have been revealed, with data for Canada available as well. “With more than 100,000 active communities from around the world across Reddit, there are a lot of conversations happening in any given moment. So we […]
Gary Ng
27 mins ago

Celebrating the 10-year anniversary of The Hobbit: An Unexpected Journey, Airbnb is offering overnight stays at the iconic Hobbiton Movie Set in New Zealand. The Hobbiton set has become an illustrious destination for those travelling to New Zealand. Airbnb is kicking off its exclusive offer this month, which should satiate fans of J. R. R....
Steve Vegvari
39 mins ago