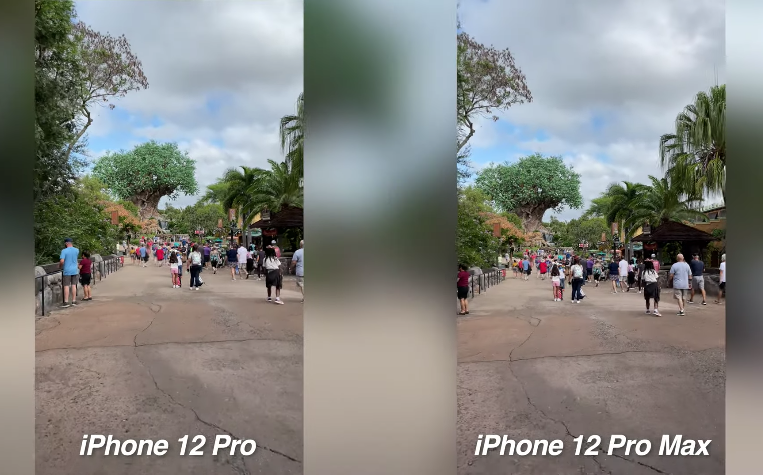 Along with a 47% larger sensor for the iPhone 12 Pro Max wide camera, the new OIS “stabilizes the sensor instead of the lens so your shots are steady — even when you’re not,” says Apple.

“Until now, sensor‑shift stabilization was only on DSLR cameras. This is the first time it’s been adapted for iPhone. Whether you’re shooting video of your kids as you chase them around the park or holding your iPhone out the window on a bumpy road, you’ll get more precise stabilization than ever,” reads the Apple website.

Winget performs various video tests with both iPhones, showing walking, jogging, running and also doing down steps quickly. Video tests were also filmed with bumpy rides handheld and also jumping up and down. When it comes to a low light test, the night time video in the iPhone 12 Pro Max saw cleaner and crisper video due to its larger sensor.

You don’t actually notice a huge difference between both cameras. Maybe the iPhone 12 Pro Max does have somewhat improved stabilization at times, but it’s not really a deal-breaker versus the iPhone 12 Pro. What do you think?

The first iPhone 12 Pro Max and iPhone 12 mini pre-orders will deliver on Friday, the official launch day of these new iPhone models.