In a new investors note to clients, analyst David Vogt has revealed that the iPhone 12 Pro and iPhone 12 Pro Max continue to experience low availability in China due to soaring demand for the higher-end iPhone 12 models (via Ped 3.0). 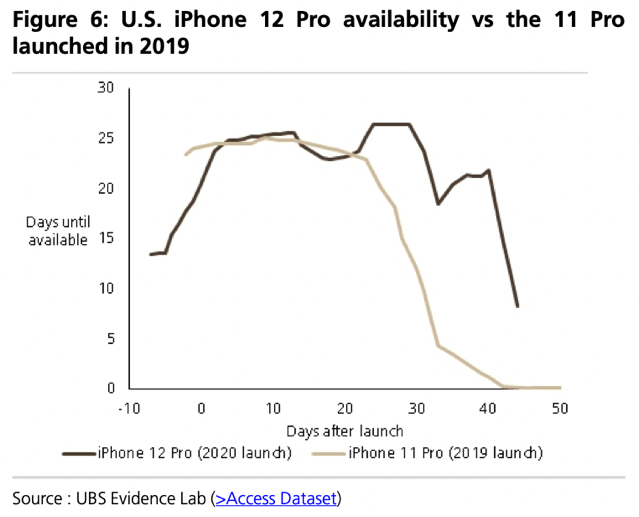 “We estimate iPhones accounted for roughly 17%- 19% of total smartphone sales in China during the year ago quarter,” notes the analyst. Vogt, however, notes that in the U.S., demand for the iPhone 12 Pro and iPhone 12 Pro Max may have peaked already.

“However, based on our analysis of availability data and checks in China, we believe strength in China could result in almost a 50% year-over-year increase in iPhone units sold in China in the December quarter… But U.S Pro Max and Pro availability suggest demand might have peaked.”

The analyst has maintained a neutral rating and $115 price target for AAPL.