An iPhone 13 case, which originally started with a fairly simple design 3D-printed from flexible TPU filament, may just be the perfect case to hold your favourite candy, with the ability to shoot it into your mouth as well (via Gizmodo). 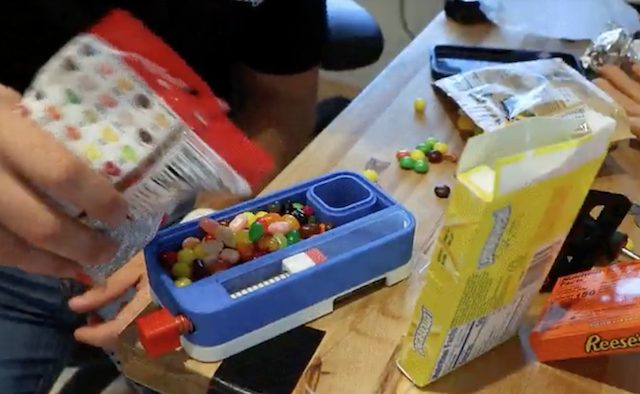 Invented by Matty Benedetto, the case easily snaps onto the iPhone 13 and can absorb the impact of falls and drops, protecting the device inside. But that’s not all. The rear of the case can both hold a stash of small candies, and fire them through the air with a spring-loaded plunger mechanism.

Pulling back the plunger loads a piece of candy, and when you release it, the treat is either launched clear across the room or into a waiting mouth.

It’s a snacking solution as much as it is a weapon, although few would complain about being pelted with delicious Reese’s Pieces.

Check out the video below for a better idea and share your thoughts with us in the comments section.