Alleged iPhone 13 cases have leaked ahead of Apple’s “California Streaming” event this week. 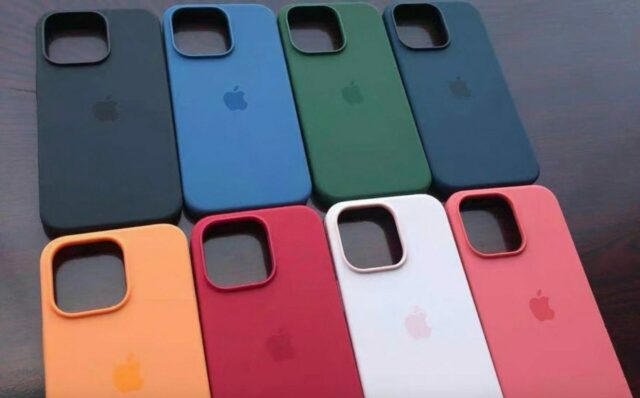 Apple is anticipated to launch the “iPhone 13” lineup during its “California Streaming” special event on Tuesday, among other product introductions. Along with a new smartphone, Apple is also expected to bring out accessories to match.

In images posted to Twitter by serial Apple leaker “Majin Bu,” a collection of eight cases for the “iPhone 13” lineup come in a variety of colours. The cases all look to be silicone in construction, with identical appearances and square camera bumps.

According to these images, we can expect green, black, blue, light blue, orange, pink, red, and white silicone cases to be released alongside the new iPhones, although it’s safe to say we’ll also see leather cases join them in the lineup at launch, too.

Third-party case makers should also have plenty of cases up for sale as soon as Apple unveils the iPhone 13 series, so you will have plenty of options to choose from.

Apple will be hosting its “California Streaming” event tomorrow, where it is expected to announce the iPhone 13 series, Apple Watch Series 7, and a new AirPods model.