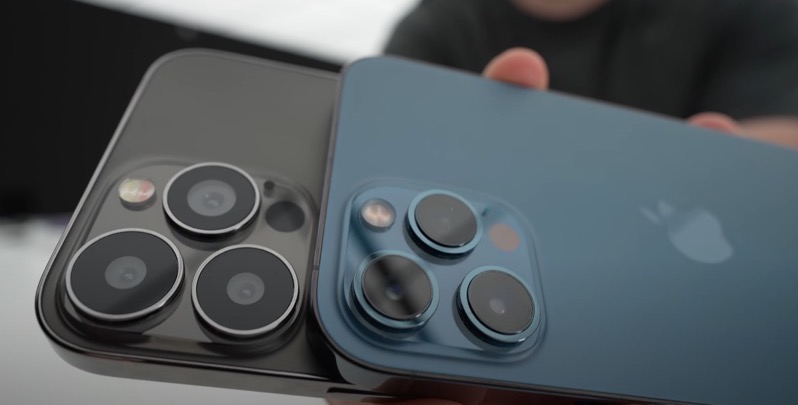 The video seen above shows off a similar design to the existing iPhone 12 Pro Max. However, a major change is the back of the device, which is showing significantly larger lenses on the dummy unit, at 16mm in diameter versus 14mm on the iPhone 12 Pro Max.

Also showing is a smaller notch on the front and relocated earpiece to the top, while the dummy unit is showing a different shade of graphite. Button locations remain the same, while the antenna bands look to be of a white shade.

In terms of thickness, measured with a digital calliper, the differences are essentially non-existent, says Unbox Therapy.

Again, this dummy unit looks pretty polished for what it is, and it’s unclear if this may be the real thing or not. We’ll have to wait until the fall to find out.