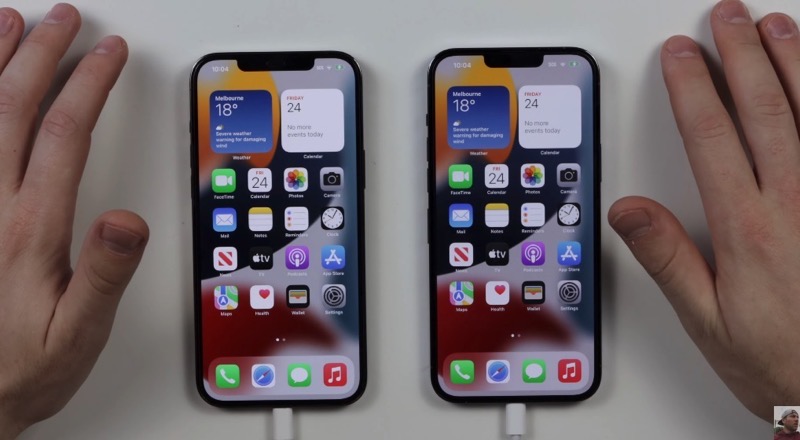 Now, we’re seeing some early speed tests when it comes to the iPhone 13 Pro Max versus the iPhone 12 Pro Max, shared by Australian YouTube channel MadMatt.

According to the speed test comparison, MadMatt opens up a variety of apps to compare launch times and from the 10-minute video, it appears performance is about the same, or not substantially faster when it comes to the latest iPhone 13 Pro Max versus its predecessor.

The video is just a casual speed test to show if there are any huge differences when it comes to speed comparing both phones, and is not scientific in any means. It would have been interesting to see how the new A15 Bionic handles video rendering compared to its predecessor. More speed tests should follow for the iPhone 13 lineup, so stay tuned.