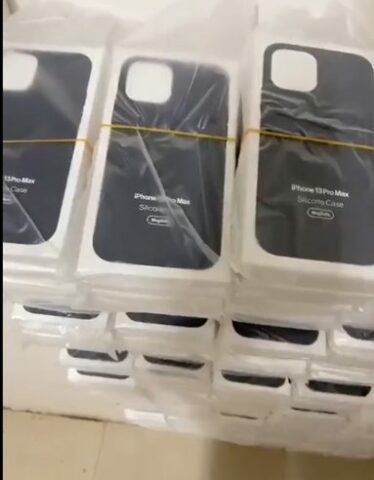 Apple is expected announce iPhone 13 later this month. And while there have long been questions about whether Apple would decide against using the “iPhone 13” name and instead use the 12s moniker, a new Twitter video appears to have outed the actual name via a stack of Apple iPhone 13 Pro Max cases.

Originally shared by Twitter account @PinkDon1 before being deleted, the video has now been reuploaded by serial Apple leaker Majin Bu, giving us another look at what appears to be a ton of Apple’s iPhone 13 Pro Max Silicone Cases.

The video shows new MagSafe cases that carry the iPhone 13 branding — which is widely thought to be the name for the new iPhone, rather than iPhone 12s. If legitimate, this video could be more evidence that the new iPhone carries that name.

The cases and packaging appear to match up with what we would expect Apple’s own cases to look like and the number shown in this short video suggests they are in a distribution facility operated by Apple or one of its suppliers.

Apple’s iPhone 13, if rumours are true, will ship with a new, smaller notch as well as improved cameras and a fancy 120Hz ProMotion display, among other upgrades.