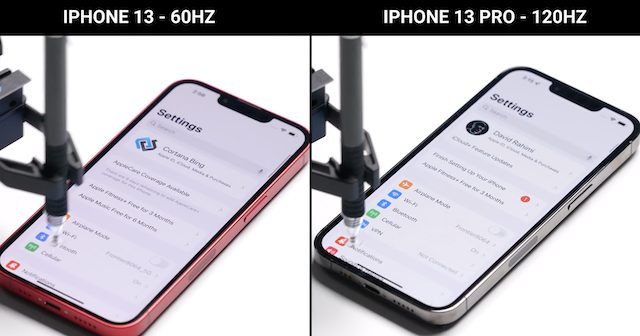 The folks over at YouTube channel PhoneBuff have just published a new video comparing the difference in speed between the standard iPhone 13 and the iPhone 13 Pro.

Check out the following video to find out how big the difference between them is in terms of speed.