Steve Jobs Introduced the World to the iPhone 14 Years Ago 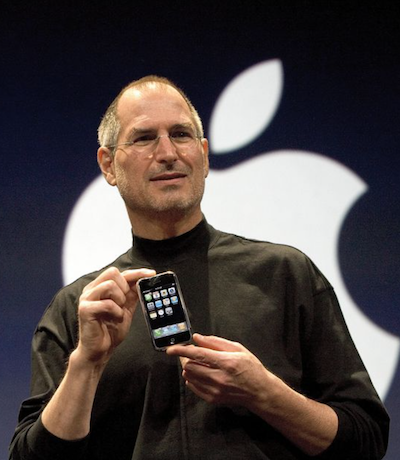 On January 9, 2007, Steve Jobs said this near the beginning of the keynote where he introduced the original iPhone:

An iPod. A phone. And an internet communicator.

An iPod! A phone! Are you getting it?!

These are not three separate devices. This is one device…

Saturday was the 14th anniversary of that keynote — the unveiling of the very first iPhone. It caused Google to go back to the drawing board with Android, led to the redefinition of the mobile phone and the downgrading or demise of the big hardware players of the day like BlackBerry. It changed Microsoft’s trajectory, and brought about the end of Flash. It redefined the boundaries of personal computing and the web.

For better and worse, it changed the way we communicate and navigate.