The teardown experts over at iFixit have just taken apart the recently released iPhone 14 Plus, saying the model follows in the repairable footsteps of the basic iPhone 14, “spurning the outmoded, less-repairable 14 Pro form-factor.” 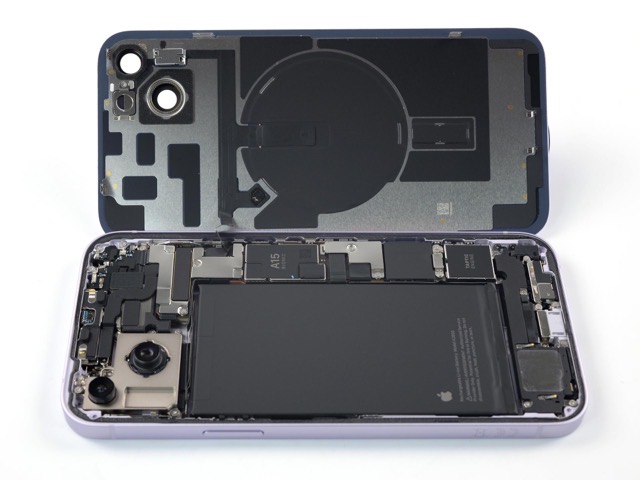 iFixit says Apple allowing the screen and rear case to open independently in the iPhone 14 Plus does three things:

“Aside from a decidedly more gigantic battery the Plus looks virtually the same as the 14—and that’s a good thing. Battery access is immediate and supported by stretch-release adhesive. Cameras and speakers are also within reach,” says iFixit.

Removable front and back panels effectively doubles the ingress points, but Apple is clearly confident in the design as they used it on the Plus—their biggest phone in the lineup. This is a great sign for future Pros. If Apple is happy with the performance on the 14 and 14 Plus, we’re likely to get more repairable Pro models soon. And with rumored changes like in-screen buttons and USB-C, the Pros are already on track for a redesign in the next year or so.

In terms of performance, check out the video here to see how the iPhone 14 Plus compares with the more expensive iPhone 14 Pro.