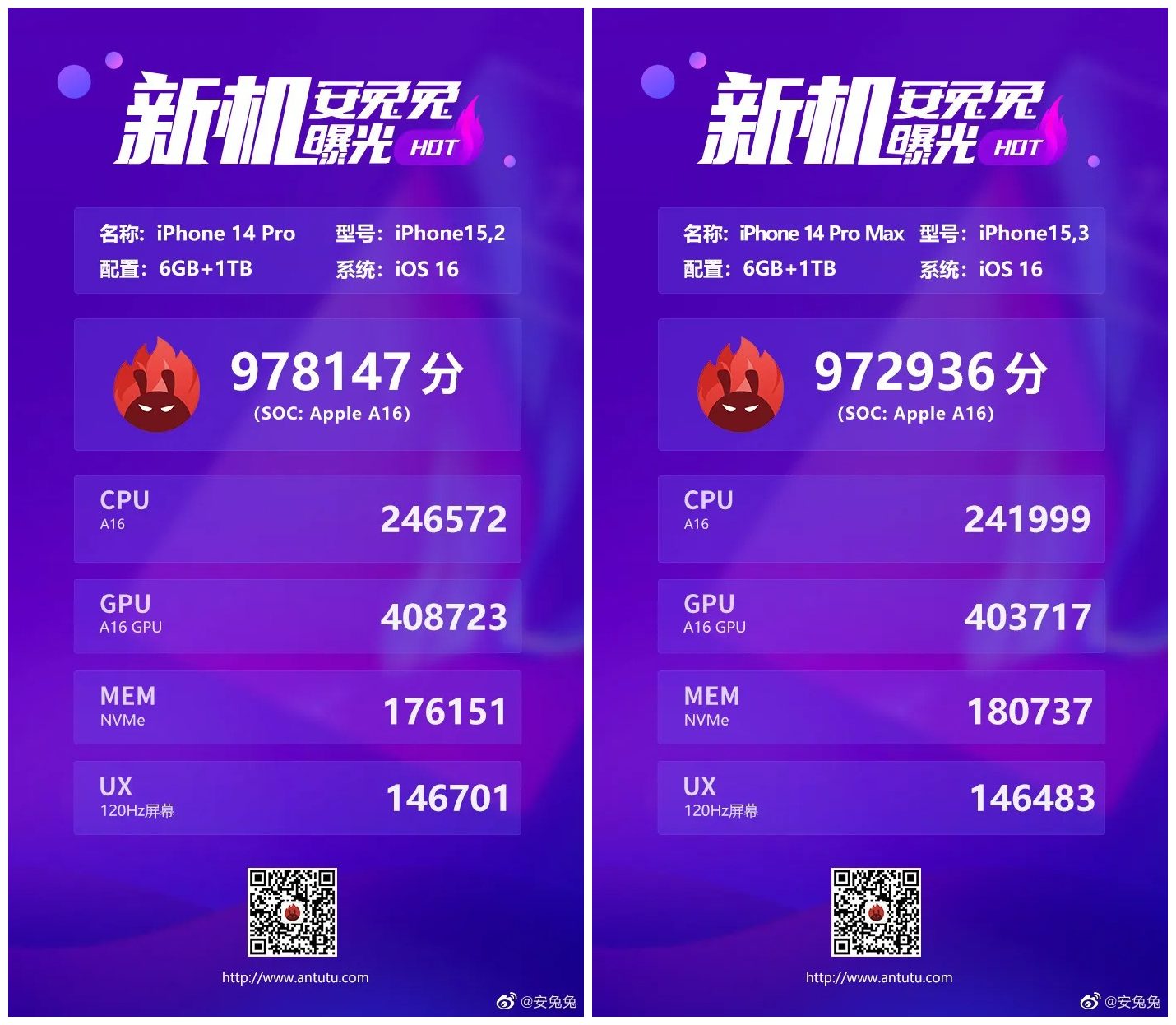 The iPhone 14 Pro series demonstrated improvements in all performance areas tested by AnTuTu, which include CPU, GPU, MEM (memory), and UX.

iPhone 14 Pro’s numbers represent an 18.8% performance improvement overall as compared to its predecessor, iPhone 13 Pro. The results are in line with previous Geekbench results, which revealed a 17.1% improvement. 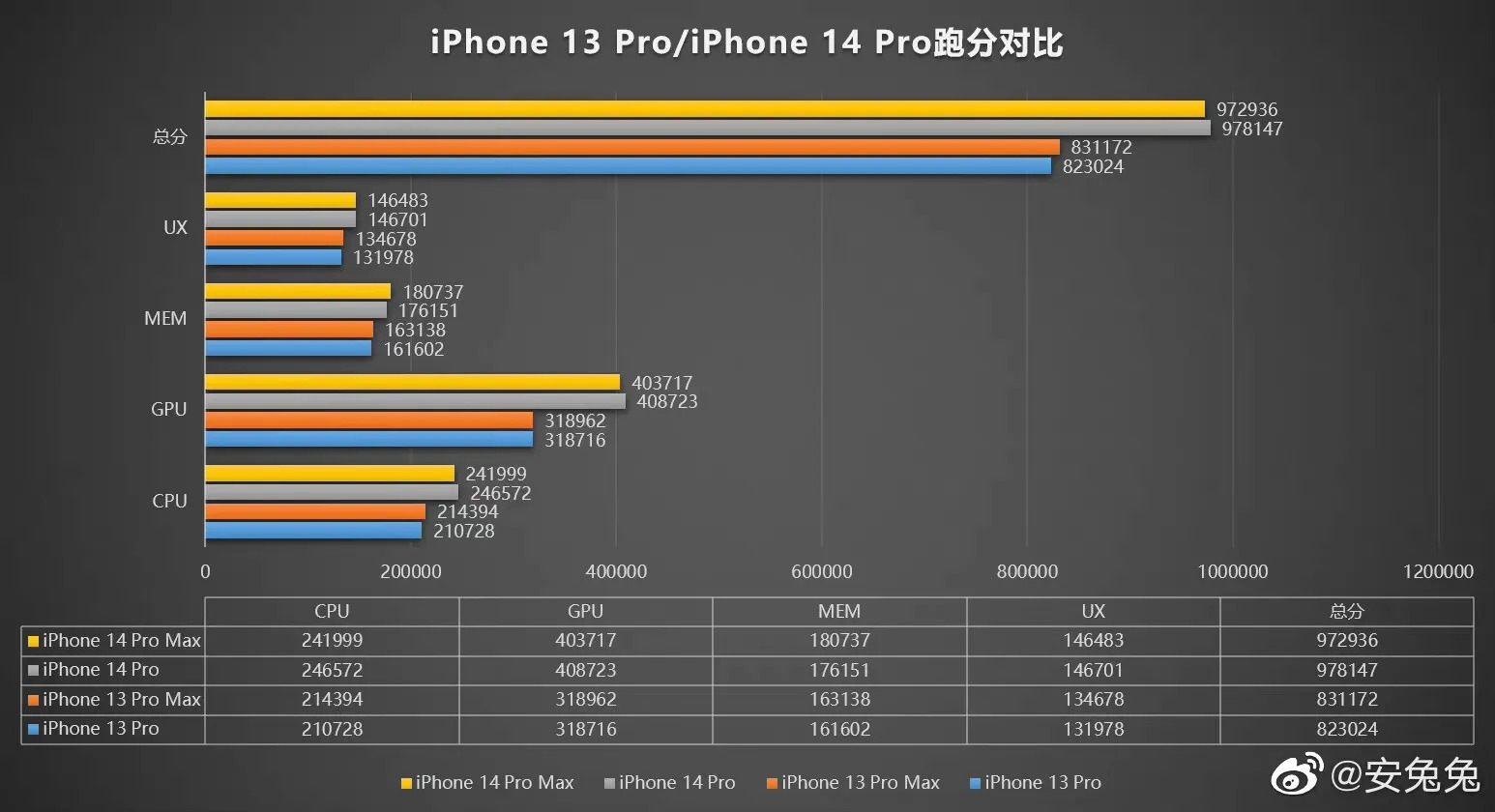 According to AnTuTu, iPhone 14 Pro features one of the best generational GPU performance improvements in recent years on any phone. Apple said the new A16 Bionic has a more powerful GPU with up to 50% more memory bandwidth for graphics-intensive games than last year’s A15.

CPU core count hasn’t changed from iPhone 13 Pro’s A15 Bionic processor to iPhone 14 Pro’s A16 Bionic chip, still staying at two performance cores and four efficiency cores, but there are significant gains there as well.

With iPhone 14 Pro handily beating its predecessor, anything available on the Android side right now won’t even come close.

You can learn more about Apple’s new iPhone 14 lineup on Apple.ca. iPhone 14 and iPhone 14 Pro series are also available to pre-order now.