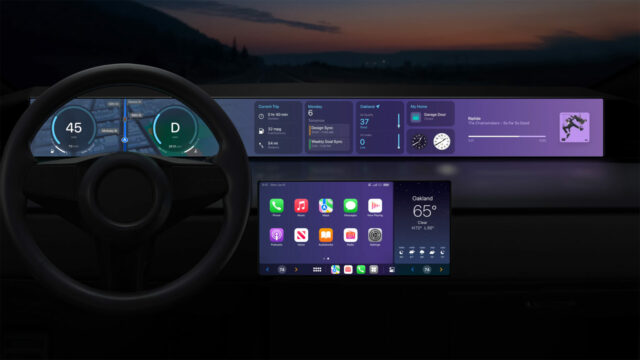 Following the launch of the iPhone 14 Pro and iPhone 14 Pro Max, some users have begun experiencing issues while making CarPlay phone calls. Multiple users claim that there is a persistent issue affecting the volume level of their voice.

As first reported by MacRumors, multiple users have taken to social media, forums, etc. to discuss this rising issue. Across Reddit, Twitter, and the Apple Support Community, many users are claiming to be experiencing similar issues. At its core, the situation involves the user’s voice sounding as if it is far away from the iPhone 14 Pro and iPhone 14 Pro Max while using CarPlay’s calling functionality.

@MKBHD people are saying when I call them using CarPlay the volume is super low. This is with the iPhone 14 pro max. Not and issue on the 13 pro. Have you seen this?

Filtering through the messages from those affected, it appears as though the majority of users are running into problems while using iOS 16.0.1. Additionally, although the vast majority of affected users are using Apple’s Pro model of the iPhone 14, at least one user using the base model has run into the CarPlay issue as well.

It appears as though MacRumors also successfully replicated the issue. Using an iPhone 14 Pro, an experienced issue was reported while making a phone call via wired CarPlay in a 2022 Honda Civic. Note that the device was also running iOS 16.0.1.

As of this time, Apple has not released an official statement on the matter. It’s currently unknown what the issue is caused by or how to fix it. Despite it appearing to be a software bug within iOS 16.0.1, many users have claimed that downgrading to iOS 16.0 will not remedy the situation. As of now, the only course of action may be to wait and see what Apple suggests.

Recently iPhone 14 Pro and iPhone 14 Pro Max users have also been experiencing issues using the camera within third-party apps like Snapchat, Instagram, and TikTok. Affected users see the camera shaking and making rattling noises. Apple has already come forward and stated that a fix is on the way next week. Perhaps a solution to the CarPlay problem may come via a software update in the near future.