This Friday marks the big day for many iPhone lovers looking to upgrade or buy their first iPhone. The latest iPhone 3G S will be available from your local Rogers/Fido dealer and at Apple Retail stores (which revealed outright pricing of $699/$799 for the 16/32gb models). We all know that Apple is pretty good at keeping a tight lid on early product launches right?

Well, if this is the case then how did Gizmodo and Engadget, two of the major tech blogs on the net have simultaneous iPhone 3G S reviews posted yesterday at 1pm? Your guess is as good as mine, but if the synchronization of timestamps mean anything, we can infer that Apple was involved.

The iPhone 3G S is blazing fast, more so than I imagined. I say this because Gizmodo posted some excellent side by side comparisons of the iPhone 3G vs iPhone 3G S in a variety of applications such as graphic intensive games. For starters, the 3G S beat the 3G’s boot up time by almost 30 seconds!

You can read the reviews yourself–they are quite informative, but here are their conclusions of the iPhone 3G S:

Gizmodo: The iPhone 3GS is the best all-around smartphone available. If you’re looking for a refined, augmented version of what you already know, a phone that, not for nothing, runs all the tens of thousands of apps on the App Store, choose the iPhone 3GS. 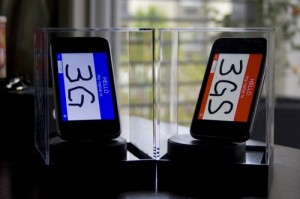