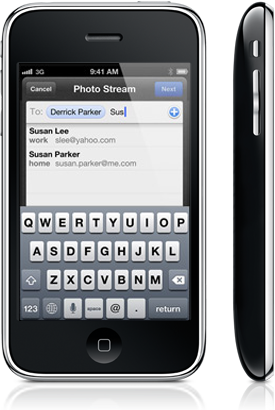 When iOS 6 was announced, Apple said that iOS 6 would be compatible with the iPhone 3GS, but the major features they announced seemed to be left off of the list for the older device. With the released of iOS 6 beta 3, MacRumors is reporting that the iPhone 3GS has received a couple more iOS features.

It looks like the iPhone 3GS will get Shared Photo Streams, which gives users a new way to share photos from right in the Photos app. This is one of the features added in attempts to make iOS a more social environment.

iPhone 3GS will also get VIP email, in the Mail app. VIP mail is a new inbox in the mail app where you can set your favorites or important contacts, so you can easily see the emails that are more important to you.

When iOS 6 was first announced, these 2 features were not included on the iPhone 3GS. With the release of iOS 6 beta 3, these 2 entries on the restrictions of iOS 6 have been removed:

iOS 6 will debut this fall, but we will probably see 1 or 2 more beta releases before then. We’ll keep you up to date as we learn more.

[caption id="attachment_322949" align="aligncenter" width="799"] Image: OpenMedia[/caption] OpenMedia on Friday encouraged Members of Parliament from all parties to support Bill C-288, which would require internet service providers (ISPs) to accurately report average broadband network performance to the public in each of the areas they serve. Bill C-288 comes from a private member and was tabled by...
Nehal Malik
23 mins ago