iPhone 4 Supply Levels in Canada: Sold Out Coast to Coast

It looks like waiting in line on iPhone 4 launch day (and even camping out overnight) has been paying dividends for early iPhone 4 adopters. As for everyone else, right now it looks like the iPhone 4 is sold out coast to coast.

People have been waiting in line outside Apple Stores in Vancouver for the iPhone 4. Even with no info about iPhone 4 units being in stock, people are still waiting in line! Even when told by Apple Store employees to “go home” people refuse to leave and go home to their families! What has Apple done to us?!

Anyways, here some tips off the top of my head to find an iPhone 4 in your area:

We posted about how Rogers posted an iPhone 4 update on their Redboard. Well, it turns out their “update” was incorrect and it has confused both customers and Rogers dealers. Customers calling in have been alerted by Rogers staff that they have “no idea” what the Redboard is, and some CSR’s went as far to say the Redboard had been “hacked”.

According to @RogersKeith on twitter, he mentions that “Monday may be a better bet at many locations” since inventory is arriving at different times. Let’s see what happens next week, shall we?

What tips have worked for you to acquire an iPhone 4? 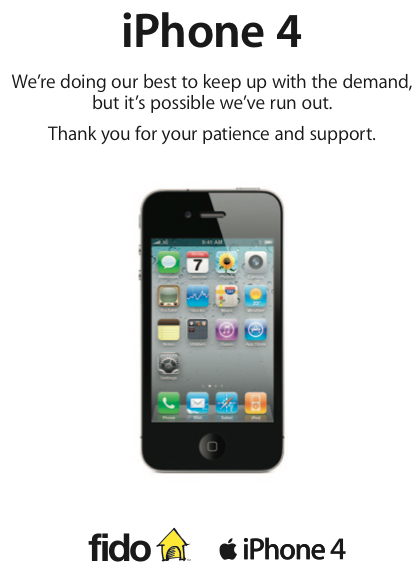