Are you one of those iPhone 4 users who has a shattered glass back because it fell off your desk or out of your pocket? Maybe you haven’t got around to replacing it yet. Kinda sucks right? I imagine your phone still worked after falling only a few feet, but it turns out that the iPhone 4 will still work after a fall from 13,500 feet.

CNN reported thatÂ Jarrod McKinney, while skydiving, forgot to zip up the pocket of his pants with his iPhone 4 before jumping out of the plane. HeÂ realizedÂ the phone was missing when he tried to take a video of his wife skydiving from the ground.Â The skydivingÂ instructor, as a joke, decided to try and call the phone and it went through.Â Â The phone landed on top of a building about half of a mile from where McKinney landed – I imagine they used ‘Find My iPhone‘.

The touchscreen is shattered as well as the back, so the only way for McKinney to use the phone is with a Bluetooth headset. He does intend to get it fixed though. 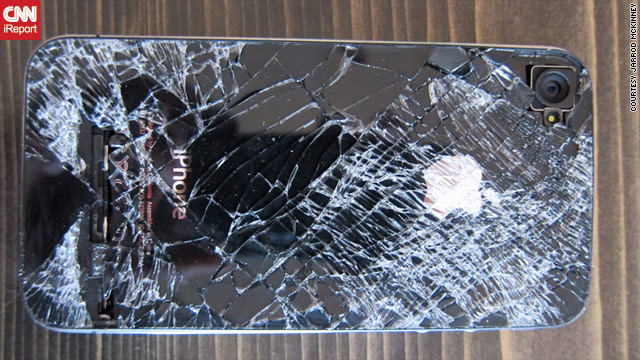 I wish the video was recording to see what that looked like. Any similar stories you care to share?