The best time of the year has arrived–the NHL Playoffs start today. Last night, CBC had their Hockey Night in Canada (HNIC) Playoff preview. In one of the interviews of Kevin Bieksa from the Canucks, I noticed an iPhone 4 being used to record the sound bite. 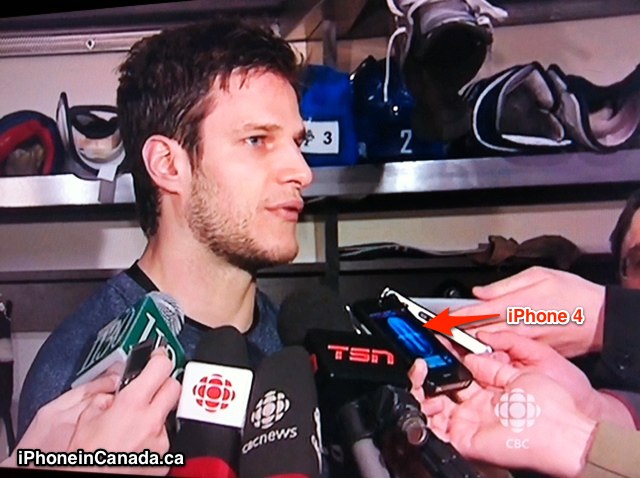 In today’s day and age, smartphones are turning into the all-in-one gadgets, and the iPhone 4 is no exception. Traditional devices are being affected, as yesterday we saw the demise of the Flip Video camera.

Who’s your pick for taking home Lord Stanley this year? You can listen to the Canucks games on your iPhone via the CHUM radio app.