Over the past few days, the highly anticipated next-generation iPhone handset aka iPhone 4S seems to have been showing up all over the internet. The first evidence was leaked by Apple itself in a recent beta of iTunes and then American telecom company Cincinnati Bell listed it temporarily along with the iPhone 5, though both listings were removed soon after that. Now, the official Vodafone Germany website is listing iPhone 4S on its website with 16GB, 32GB and 64GB of storage, as discovered by iPhone-Ticker.de (via MacRumors). 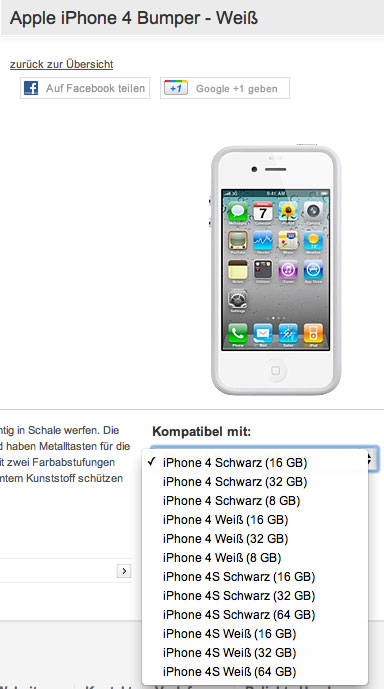 The source details the listing:

In several of their accessory pages, Vodafone.de now lists several new iPhone models under compatibility requirements. The new models include (note weiß and schwarz translate to white and black):

This particular composited screenshot (above) comes from the iPhone 4 Bumper Vodafone shop page which claims compatibility with all these devices.

Since Vodafone is an Apple partner in a number of countries, it is highly likely that it could have listed accurate information on its website prematurely. Nonetheless we’ll all find out for certain tomorrow morning at the big Apple media event.

Sony has just revealed its lineup of free games coming to PlayStation Plus this month, which will be available to download starting February 7th. Starting at $11.99/month, the PS Plus subscription unlocks online multiplayer and gives members access to a set of games every month that they can claim and install for free. Players can subscribe...
Usman Qureshi
14 mins ago

Recently released iOS 16.3 has fixed an Apple Maps security bug that may have allowed some apps to collect user location data without permission, 9to5Mac reports. Last week, Apple released iOS 16.3 and iPadOS 16.3 with a bunch of new features including: Support for physical security keys as part of the two-factor authentication sign in...
Usman Qureshi
37 mins ago

Apple has launched MLS Season Pass globally on the Apple TV app, ahead of the 2023 season that kicks off on February 25, 2023. An MLS Season Pass will provide fans all MLS and Leagues Cup matches, plus hundreds of MLS NEXT Pro and MLS NEXT games as well. Apple says there’s some free on-demand […]
Gary Ng
1 hour ago