As we reported two weeks ago, SaskTel and MTS confirmed they would offer the iPhone 4S on October 28th, two weeks after the official launch.

SaskTel’s website shows the 16GB and 32GB models are available at the regular carrier subsidized prices of $159.99 and $269.99. The 64GB model currently is not available and is listed as ‘coming soon’. 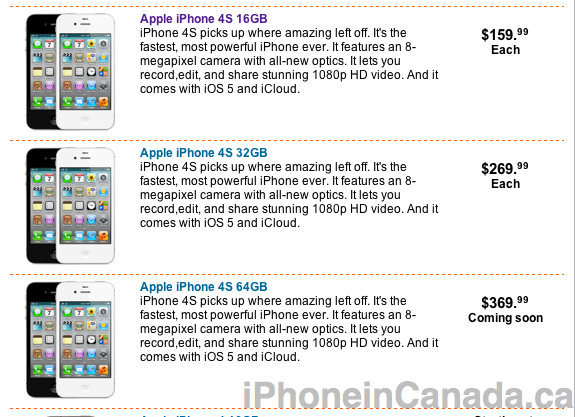 The MTS website is similar to SaskTel, as it lists both 16GB and 32GB models, but the 64GB offering is absent. Prices are the same as above. If you’re going to consider outright prices–don’t. You’re far better off with a factory unlocked iPhone 4S from Apple for the same price. 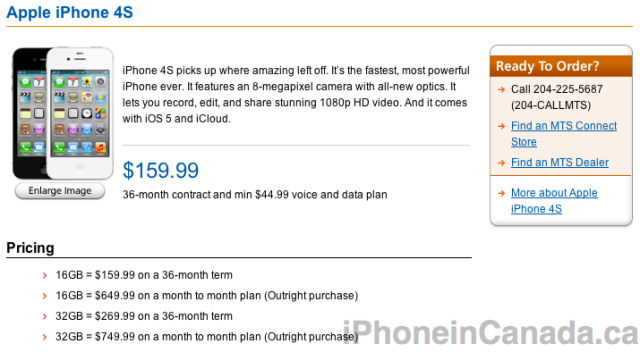 Regardless, this is great news for residents of Saskatchewan and Manitoba that want to buy the iPhone 4S. It’s available today. Who’s getting one?