iPhone 4S Online Pre-Orders Kick Off at 12:01 AM PDT on October 7th 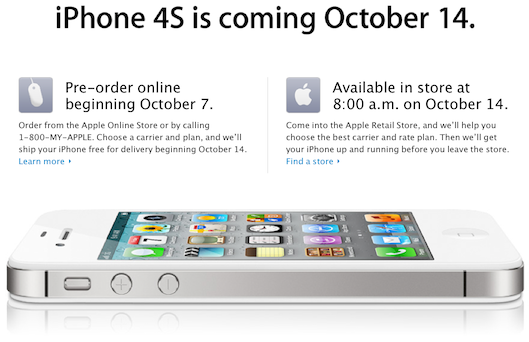 Apple announced the iPhone 4S would be available in stores starting October 14th at 8AM, with pre-orders to take place on October 7th.

What time will iPhone 4S pre-orders start online though? MacRumors reports Apple support representatives are telling customers pre-orders will begin at 12:01AM PDT this Friday. So if you’re looking to order online to avoid the line ups, you’re going to have to stay up late Thursday night.

This year, Canada joins the initial iPhone 4S launch alongside the U.S., the UK, France, Germany, Australia, and Japan.

Are you going to pre-order online, or wait in line on launch day?