The highly anticipated launch of iPhone 4S in China turned into a total chaos today after violence broke out around Apple retail stores. Customers and scalpers looking to sell the latest iPhone in the black market by employing migrant workers to fill the line and bypass Apple’s limit on how many handsets each person could buy, had all queued outside Beijing’s flagship Apple store but grew restless after it failed to open at scheduled time in the morning. As a result, Apple has announced to stop selling the iPhone 4S in its retail stores in Beijing and Shanghai, reports Reuters. 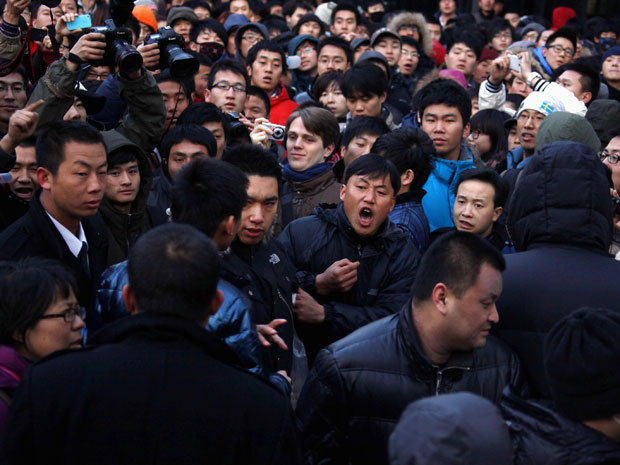 “We were unable to open our store at Sanlitun due to the large crowd, and to ensure the safety of our customers and employees, iPhone will not be available in our retail stores in Beijing and Shanghai for the time being.”

However, customers can still order the iPhone 4S on the online Apple store or one of the many China Unicom retail outlets, the country’s exclusive iPhone carrier.

Samsung is hosting its next major Galaxy Unpacked keynote on August 10th, 2022. It is here that the company is expected to reveal a series of new products just in time for the late-summer period. The company has already been teasing what we may expect to see from the Galaxy Unpacked. In a teaser trailer,...
Steve Vegvari
17 mins ago

2022 marks the grand return of Toronto's Canadian National Exhibition (CNE) and with that comes the return of the CNE Gaming Garage. Powered by AMD, the fourth annual CNE Gaming is hosting a series of esports tournaments with over $22,000 on the line. The CNE Gaming Garage will be presenting two packed weekends full of...
Steve Vegvari
1 hour ago

Apple today released iOS 16 beta 5 and more for developers today. These new releases included some new features, such as bringing back the battery percentage to the battery icon in the status bar on iPhone. Also, for finding devices such as your iPhone from Apple Watch, there’s a new alert sound. Some other minor...
Gary Ng
14 hours ago