iPhone 5 and ‘Simplified iPhone 4’ Coming in October to China Telecom?

The latest iPhone rumours come from Ticonderoga Securities analyst Brian White, speaking to Sohu.com via AllThingsD. China Telecom has apparently reached a preliminary deal with Apple to sell two models of the iPhone in October. One will be the iPhone 5, and the other a ‘simplified’ iPhone 4:

â€œAccording to Sohu.com, China Telecom will offer two types of iPhone that include the iPhone 5 and a â€˜simplified iPhone 4,â€™â€ says White. â€œEssentially, this potential â€˜simplified iPhone 4â€² would be a more economical version of iPhone to target a broader customer base in developing countries such as China, allowing for an expanded market opportunity.â€

White estimates China Telecom’s subscriber base of 13-15 million could involve iPhone revenues of $8-9 billion, but with a ‘simplified’ iPhone 4, that opportunity could be much larger. We’ve heard rumours about a ‘cheaper’ iPhone from Bloomberg before.

AllThingsD previously reported the iPhone 5 would launch in October instead of September, and this report appears to support the former. 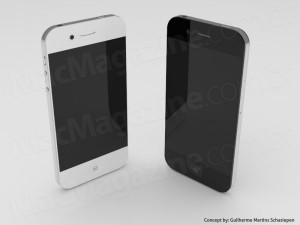