Last week we saw apparent leaked images of ‘engineering drawings’ of the iPhone 5, the images Apple sends to case manufacturers so they can make accessories for the iPhone. Those images suggest that the next iPhone will retain the same form factor as the current iPhone 4, but have a larger edge to edge screen.

Hardmac.com was sent images from a source ofÂ an iPhone 5 case mockup, based on those engineering drawings. Take these with a huge grain of salt, but they are interesting concepts nonetheless. 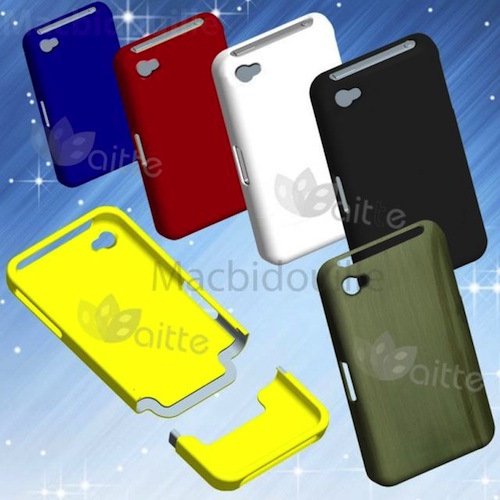 Here is a pretty nice mockup of the iPhone 5:

Apple changed the form factor of the iPhone when moving from the first generation to the iPhone 3G. The iPhone 3GS had no changes, and the latest iPhone 4 was the most revolutionary design to date. I don’t see Apple making any major form factor changes with iPhone 5–unless they can somehow make it even thinner, like they did with the iPad 2.