If you managed to place your iPhone 5 pre-order from Apple during the first wave, you order will have a shipping estimate that notes: “Delivers 9/21 – 9/25”. Orders placed outside the first hour quickly moved to a delayed ‘ships in two weeks’ window.

Once again, following the estimated delivery map they also used for iPad 3 pre-orders, Apple has posted an iPhone 5 estimated delivery map for its customers. It explicitly states orders placed within the first wave will indeed receive it by September 21st (launch day) if your address is located in Delivery Zone 1 (essentially major urban areas). 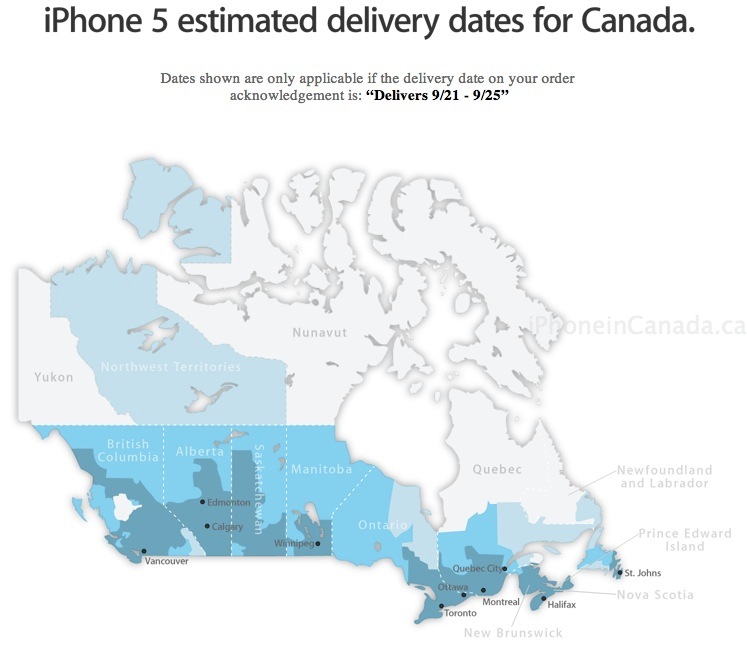 Also, this pre-order for the iPhone 5 is also an opportunity for many to experience text notifications for shipping, a feature that debuted in July. Did you make the first wave of shipments?