As is expected with iPhone 5 rumors, when one report says one thing, an opposing report immediately says another.

The general theme of the recent iPhone 5 rumors is that the device will not be making an appearance anywhere this summer 2011. Since 2007, a new iPhone has been released each year in the summer months and it seems that may be changing.

A new claim from All Things Digital’s John Paczkowski now points to the iPhone 5 being introduced this September 2011 during Apple’s annual media event.

As I’ve reported here before, Apple doesn’t plan to unveil a new iPhone at its Worldwide Developers Conference, which this year will be largely software-focused. And increasingly, I’m hearing speculation about the company possibly commandeering its annual September media event to launch the device instead. Which seems plausible.

While still speculation, Paczkowski does have more credibility in my books than various “part suppliers” when it comes to Apple news.

The reasoning for a September introduction is the general loss of dazzle or interest in the iPod over the last few years. As the iPhone and iPad become Apple’s mobile frontrunners, the iPod has taken a backseat.

From a consumer perspective, at least it’s still going to be warm in September when we’re all waiting in line outside. I just hope the iPhone release cycle doesn’t get pushed too far into winter or spring. 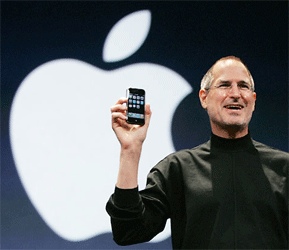 [caption id="attachment_365768" align="aligncenter" width="1000"] Image: DuckDuckGo[/caption] Privacy-focused web browser DuckDuckGo has announced that its third-party tracker loading protection will now also work against Microsoft tracking scripts on third-party websites — reports The Verge. Advertising services use trackers to follow users across websites and profile them. These user profiles are then used to serve interest-based and...
Nehal Malik
13 hours ago