According to Daiwa Securities via Commercial Times, Apple will be returning to its traditional iPhone announcement platform by unveiling its latest iPhone at the World Wide Developers Conference (WWDC) in June this year. 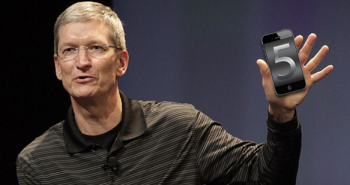 In addition, the iPhone 5 will apparently carry on using glass to glass touch panel technology with current suppliers TPK Holding and Wintek.