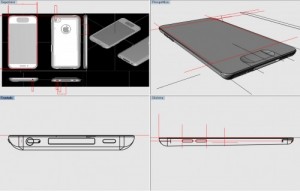 With a reported Apple media event set to take place on October 4th, a next generation could take place weeks later. Now, according to AppleInsider and ‘people familiar with the matter‘ (I love that line), Apple has started to blackout dates for employee vacations during the middle of October:

More specifically, the iPhone maker has in some locations blacked out vacation time for employees from October 9th through 12th and October 14th through 15th, according to people familiar with the matter.

Now that Fall is officially here, Apple could release iOS 5 at any moment’s notice, with recent rumours pegged for September 23rd, which has come and gone. If a media event were to take place on October 4th, and Apple announces the next iPhone(s) to be available next week, that would fall on the weekend of October 14-15th.

Any Friday in October would be fair game for a launch at this point in time, as it depends on how many days Apple would allow for pre-orders of the phone, if that option is even provided.