“iPhone 5” Ranks as the No. 1 Bing Canada Search for Consumer Electronics in 2011

Bing has released its search data trends for 2011, and among the results come specific terms that dominated Canada. The most popular search term for consumer electronics in Canada was–the mythical ‘iPhone 5’ which turned out to become the iPhone 4S. 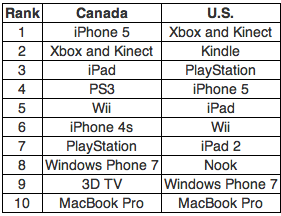 In the U.S., the ‘iPhone 5’ ranked in the fourth spot, behind Playstation, Kindle, and XBOX.

If you’re curious, here are some of the rest of the most searched terms on Bing in Canada: 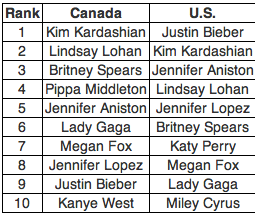 …and in other news, it was reported that people actually use Microsoft’s Bing (oh snap!). What’s your search engine of choice? Bing, Google, or Altavista?