Rogers and TELUS have introduced some iPhone 5 sales for the holidays. Rogers is offering the 16GB  iPhone 5 for $79 on a three year contract, which is a savings of $100.

TELUS is also offering the same deal on the 16GB model, but has also slashed its 32GB and 64GB models by $100 as well, all on three year contracts until Dec. 27th. Online orders have free shipping and no activation fee. 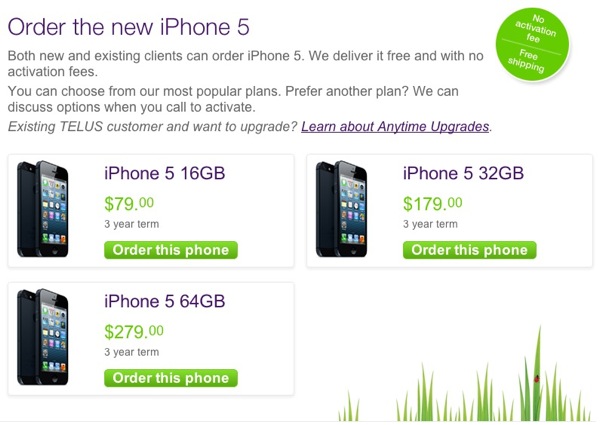 Also, TELUS is offering the 64GB iPhone 4S for free on a three year term as well, as part of a web exclusive. If someone is jumping to the iPhone for the first time, a $0 64GB iPhone 4S would be a fantastic deal (expires Dec. 31st):

Plus, for those who want the iPhone 4S it still remains at $0 on a three year term from TELUS, Rogers and Bell.