The main cause of the iPhone 5 supply shortages has been made public: a Foxconn official admitted today that Apple’s latest smartphone is the most difficult device the company has ever had to assemble. 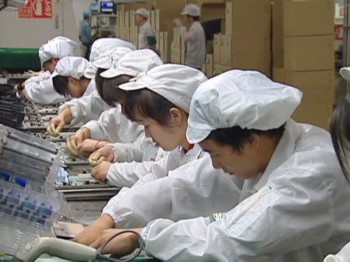 The anonymous source was quick to point out that they had already taken the necessary steps to improve productivity and address the quality issues reported by iPhone 5 buyers by implementing new quality-check procedures, but the iPhone 5’s new coating material is “more susceptible to scratching”.

The “weak” sales of the iPhone 5 during the first weekend of availability was a disappointment for Wall Street analysts, who estimated about 8 million units based on the 2 million pre-orders reported by Apple. Bloomberg was quick to report that sales didn’t perform as expected due do the supply shortage on a retail inventory level citing a Barclay analyst (who was pointing to Sharp as the culprit) citing in-cell technology as the main reason for the supply shortage.

But that didn’t work out. Sharp’s reply was simple and direct: don’t blame us for the hold up, we are making “adequate volumes” of in-cell displays.

So, the question remained unanswered until today, when the anonymous Foxconn official talked with the Wall Street Journal and admitted that they are to blame. The tech industry was looking at them and Apple with serious concerns about whether the Cupertino company would keep up with demand, when the news of the Foxconn workers riot broke, as the anonymous source highlighted there was a dispute between assembly-line workers and quality inspectors. The company addressed the conflict and neither of the two disputes taking place earlier this month slowed down production, or at least didn’t cause work stoppages.