iPhone 5 To Feature NFC After All?

There has been a lot of rumors floating around regarding the use of NFC, or Near Field Communications, in the next iPhone. NFC would enable users to use their iPhone as a digital wallet, turning the iPhone into a mobile payment system.

In January, Bloomberg reported that the next-generation iPhone would include NFC technology with a â€œwave-to-payâ€ system. More recently, The Indepedent squashed the claims saying that NFC won’t appear until the 2012 iPhone 6.

Now, Elizabeth Woyke from Forbes claims that according to an Apple employee, the iPhone 5 will feature NFC capabilities.

Just met with an entrepreneur who says the iPhone 5 *will* have NFCâ€¦according to his friend, who works at Apple. Huh.

With so many conflicting iPhone NFC rumors floating around, it’s difficult to say which report is accurate. As usual, the truth will be revealed closer to the device launch. 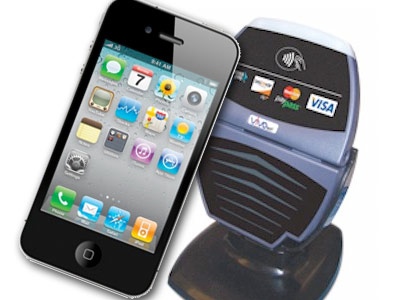 Spotify is launching a new Home experience that includes feeds for both Music and Podcasts & Shows, making it easier for listeners to scroll through the type of content they’re looking for. The updated Spotify home screen will make the experience more personalized while allowing users to dig even deeper into their recommendations. In the...
Usman Qureshi
56 mins ago