iPhone 5 To Have New Design? Rumour 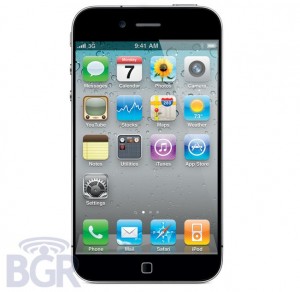 BGR reports that Apple has been allowing developers access to a so-called iPhone 4S with improved tech specs on the inside but they are also reporting that the newest generation of the iPhone will have a “radical new case design”. We’ve discussed possible designÂ changesÂ before.

According to DigiTimes, sources have indicated that orders placed by Apple for iPhone 4 and iPad parts have reduced by 10%.

“The Taiwan-based PCB companies, which are shipping products for iPads and iPhones, have seen disappointing orders for these devices in the second quarter, the sources said. Orders thus far for June show no signs of a rebound, the sources indicated.”

The article goes on to say that the Taiwanese PCB suppliers may see their shipments rise in September due to the iPhone 4S rumoured to be released in the thirdÂ quarter.

The iPhone 4 was released last summer and Apple generally puts out a new iPhone every year. The iPad 2 was released in the US in March and I don’t believe that Apple will update their iPad line just yet. But am I wrong, do you think a new iPad will be available in September?

If Apple delays the release of their next generation iPhone, do you think it will be available in Canada for the holiday season?