Here is the iPhone 5 on the Videotron AWS Network [PICS]

Back in March T-Mobile announced it would be selling an AWS-compatible iPhone 5 (to support AWS 1700/2100 MHz bands) and shortly afterwards Quebecor’s Videotron stated this new iPhone would be compatible on its HSPA+ AWS network and could allow the company to offer the device.

When the T-Mobile iPhone 5 went on sale some eager Canadians got their hands on the device and showed off being connected to AWS networks from WIND Mobile and Mobilicity.

Below are a couple images of an AWS iPhone 5 connected to Videotron, via iPhoneinCanada.ca reader @DeanLubaki, who purchased his device from an Apple Store in the U.S.: 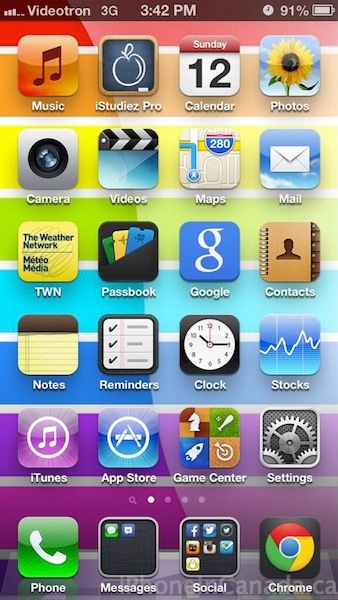 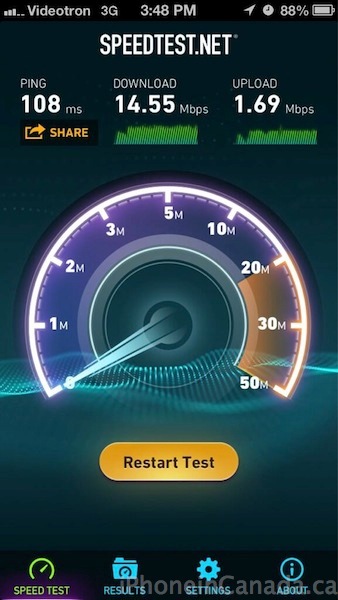 Note the HSPA+ speedtest above is pretty decent and would go great with the network’s Unlimited Voice and Data $55 plan.

Apple retails stores in Canada have already started offering AWS units for warranty replacements–you can find out if your iPhone 5 is an AWS model here. Anyone else using their AWS iPhone 5 on Videotron?