Analyst Brian White from Topeka Capital Market has shared some interesting information (via 9to5Mac) regarding the next iPhone a.k.a the iPhone 5, following his recent visits to China and Taiwan. According to the analyst, a slimmer new iPhone is set to launch in December 2012 which will sport a new 4″ display and include 4G LTE capabilities. White also suggested that iPhone 5 will go into production by June 2012. 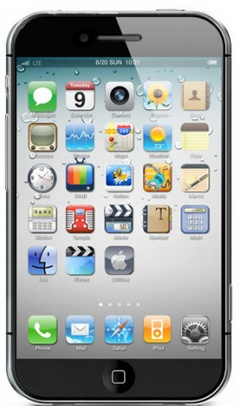 White set his price target based on an expected August or September unveiling of the product. He also claimed the launch “could be extraordinary” by dwarfing previous launches and driving the stock closer to our $1,001 price target.” According to the report, Apple is expected to start component production for the “iPhone 5? in June.

White also claimed sales of the new iPad could have been higher if not for a production issue with panel makers related to the new Retina display.

Despite the analyst’s claim that the new iPad sales could have been much higher, Apple sold over 3 million new iPads on its debut weekend alone!

Streaming service FuboTV announced on Wednesday it has launched three Disney channels within its Premium package. Available now are the Disney Channel, Disney Junior and Disney XD. According to FuboTV, these new Disney channels are part of the company’s partnership with STACKTV, which began last year and added Global, HGTV Canada, Food Network Canada, W Network, […]
Gary Ng
15 mins ago

Netflix has made good on its warning of an impending crackdown on account password sharing in early 2023, explaining its new rules in a Help Center article (via The Streamable). According to Netflix's estimates, more than 100 million users across the globe use another person's Netflix account to access the service. Netflix hopes that implementing...
Nehal Malik
42 mins ago