iPhone 5S camera Burst Mode, a feature that allows users to capture 10 photos per second while the camera capture button is held down, making it easy to get great shots of moving subjects, has been quietly updated by Apple in the most recent iOS 7.0.2 and 7.0.3 updates. Users can now pick and save their favourite photos more easily and delete the rest, as pointed out by GottaBeMobile. 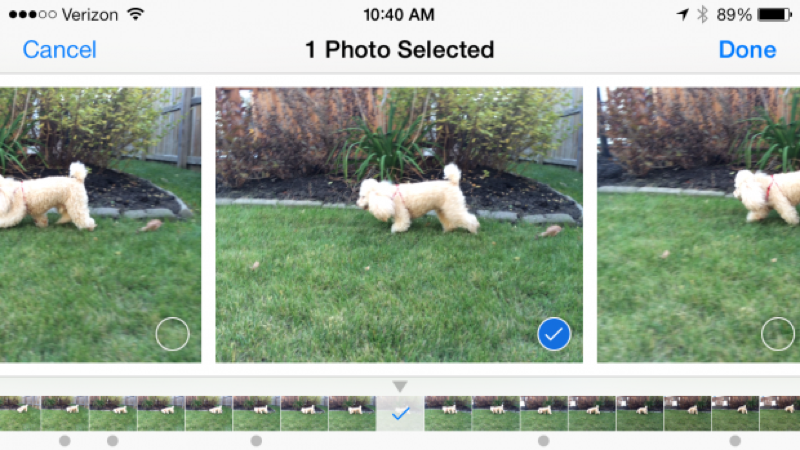 While an iPhone 5 camera can also take multiple photos, it is just not as fast as the iPhone 5S and it is not the same as the exclusive burst mode on the iPhone 5S. Since the Burst Mode can take like 100 photos in 10 seconds, quickly filling up a camera roll and the internal storage on the iPhone, previously there was with no quick way to delete the photos that didn’t turn out as planned. But now, users can pick their favorites and when closing, choose to keep just the favorites or all the burst mode photos.

To take a burst mode photo set on your iPhone 5S, simply hold down on the shutter on the screen or the volume down button. This will take a lot of photos very fast, and is perfect for capturing the split second a smile appears on a kid or for a memorable sports scene.

Do you use burst mode on your iPhone 5S often?