According to a mobile data consumption survey conducted by JDSU in 2013, iPhone 5s owners have been found to be the most data thirsty smartphone users of all (via TechCrunch). The report also highlights the relatively reduced amount of data consumption by users of the lower cost iPhone 5c compared to previously released iPhone models. 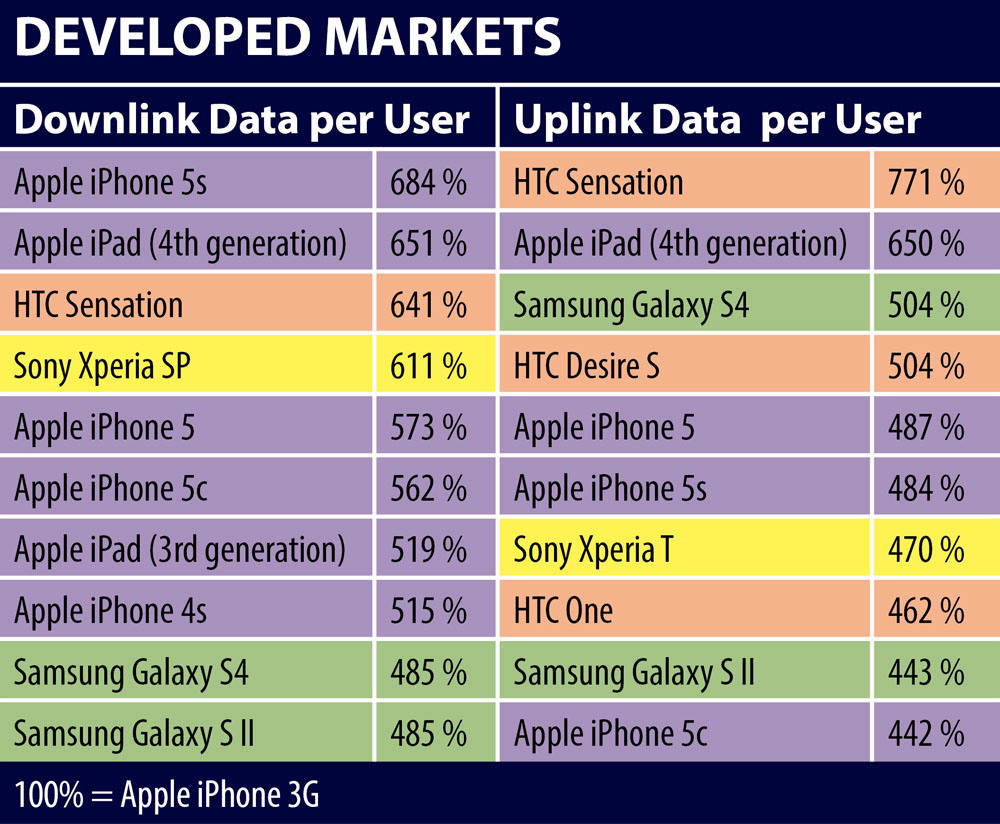 As seen in the charts, both Apple and Samsung are represented in the top ‘data gobbling’ devices across developed and developing markets. The owners of iPhone 5s also have a greater data consumption than the Samsung’s flagship Galaxy S4 smartphone. According to the findings, iPhone 5s users demand 7x as much data as iPhone 3G users in developed markets, and 20x as much data in developing markets. 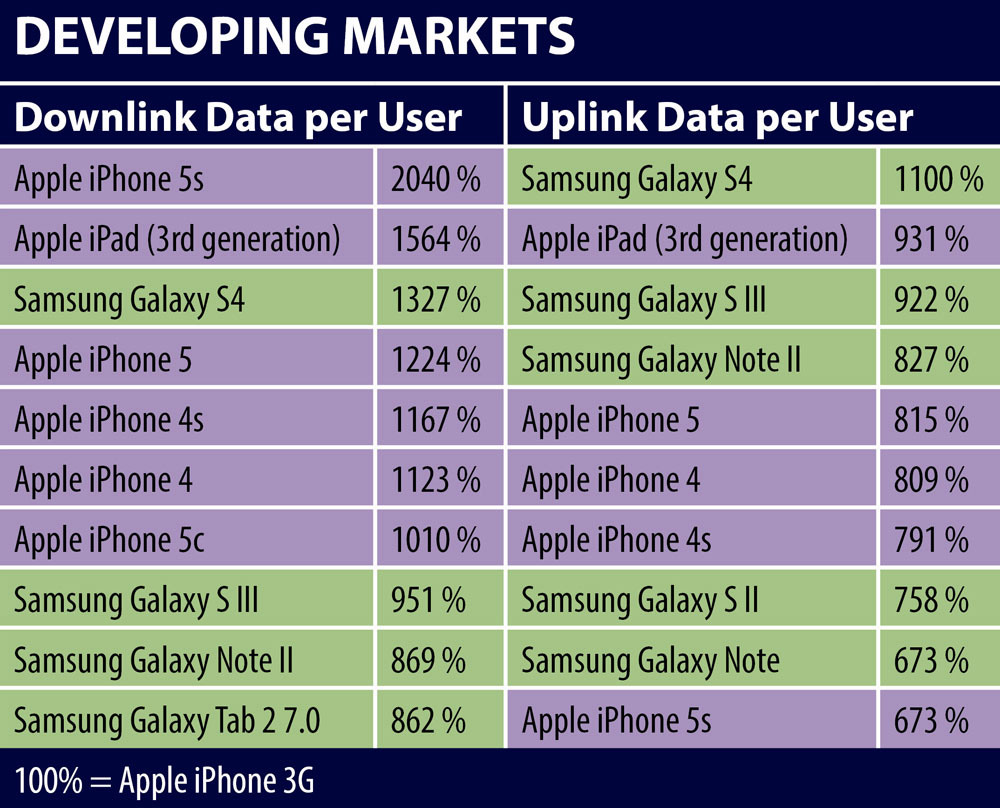 The numbers also suggest that the iPhone 5s users are demanding 20% more data than iPhone 5 users in developed markets, and 50% more data in developing markets.

Even though the iPhone 5c is a shiny new iPhone, it’s not a flagship iPhone so the owners of this device have more modest data consumption habits (on average). ”This is consistent with the marketing of the device relative to the new flagship iPhone 5s,” the report notes.

The survey also highlights the fact that higher speeds offered by LTE/4G is playing a significant role in encouraging data gobbling.