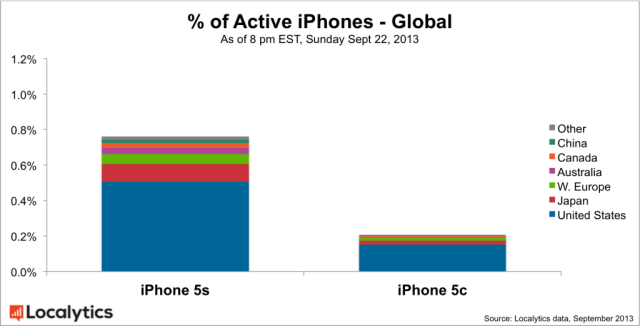 Apple has finally announced the first weekend’s sales numbers, which went beyond any expectations, but as usual the company has been silent about which models. While there has been some speculation, Localytics, a Boston-based mobile analytics firm, says the iPhone 5s has outsold the iPhone 5c by 3.4 to 1 (via Fortune).

The numbers are based on a study that involved over 20 billion unique iPhone impressions and investigated the breakdown by US carrier and by global activations. The mobile analytics company found that Apple may have been wrong when it assumed customers would choose the cheaper model instead of the high-end iPhone 5s.

Although we can’t say the iPhone 5c is cheap — the entry level model retails for $599 in Canada — with a two-year plan, the handset is cheaper than the high-end model, so Apple’s marketing machine is working as expected. 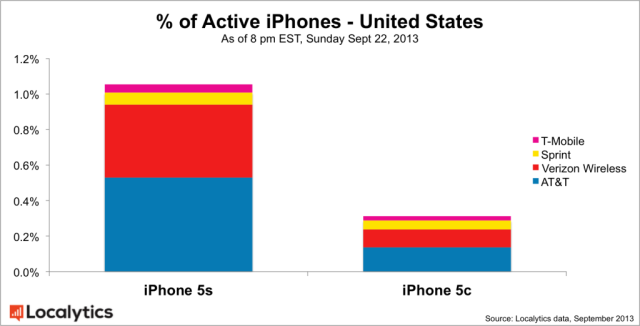 Now, back to the numbers: Localytics said that the iPhone 5s sold 3.4 times better than the iPhone 5c during the first weekend of US sales, and this number changes to 3.7 on a global scale. The highest ratio was recorded in Japan, at 5.1 to 1.

As of Sunday evening, the iPhone 5s represented 1.05% of all iPhones activated in the US, while the iPhone 5c accounted for just 0.31%.